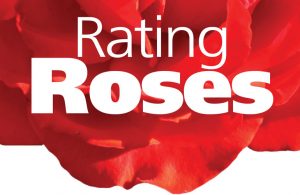 American Rose Trials for Sustainability®(A.R.T.S.®) is a new U.S. landscape and garden rose trialing program introducing its first winning roses – seven in all – for 2018.

A.R.T.S.®began in January 2012, and was prompted by the disbanding of the All-America Rose Selection (AARS) program, an industry-managed U.S. rose trialing program that began in 1938. Unfortunately, multiple member rose producers went out of business during the recent recession and that, in part, contributed to AARS’s closure.

The mission of A.R.T.S.® is: “To identify, through regional evaluation and testing under low-input conditions, the most disease and pest resistant, hardiest and most garden-worthy rose cultivars and to provide objective, accurate and reliable information about the cultivars tested in each region to industry professionals and the gardening public.” A clear sense of purpose at its foundation, scientific rigor, program transparency and stakeholder representation contribute to the strength of A.R.T.S.®.

The need for an independent trialing program for new roses in the U.S. is greater than ever due to the strong pace of new roses coming into the marketplace. Over the last decade, the horticulture industry has evolved and the trend is for fewer and larger nurseries to grow and distribute a wider range of plant species. Many large nurseries are also managing their own branded plant programs. Exclusive cultivars of roses and other species are sought to help create unique plant collections to distinguish and draw customers to elite brands. The result is a steady supply of new roses entering the marketplace by a more diverse group of nurseries than ever. New roses are not only coming from U.S. breeders, but from several international rose breeders, as well. Having an unbiased, independent evaluation and awards program that trials new roses under low-input conditions across U.S. climates is a valuable contribution that A.R.T.S.® is eager to provide the horticulture community.

From its inception, it was critical for A.R.T.S.® to have a leadership team not only representing industry, but also public gardens, rose society members, university scientists, landscapers and, ultimately, the general gardening public. Having a strong mix of rose stakeholders represented, it is possible to better identify the range of needs and available resources from each group and strategically develop and sustain the most relevant rose evaluation and awards program possible.
One of the first tasks for the A.R.T.S.® leadership team was to determine the criteria for rose evaluation. For award designations to be meaningful, the characteristics being evaluated must reflect what U.S. gardeners and landscapers truly want and need, especially including plant attributes that are not readily observable in the retail setting (for example, disease resistance, mature growth habit, winter hardiness, and so on). A wide range of rose stakeholder groups was consulted to understand which cultivar characteristics they valued and their relative importance. Fortunately, there was strong consensus for what people valued, which greatly streamlined the criteria development process. In the new scoring system, flowering throughout the season and attractive floral attributes (including fragrance) are highly valued (42.5 percent of score), along with foliage health and quality (45 percent) and a pleasing, natural plant growth habit (12.5 percent). Stakeholders consistently emphasized the importance of not using pesticides on the trial roses in order to effectively assess tolerance/resistance to regional diseases and insect pests. The A.R.T.S.® team listened, and no fungicides, insecticides or miticides are applied to the trial plants.

How plants are evaluated

The A.R.T.S.® leadership team includes university scientists with years of experience in rose research and conducting field trials. Their expertise has led to the adoption of a number of practices that enhance scientific credibility. These techniques include:

Blocking and randomization takes the multiple plants of each trial cultivar and separates them within the trial area, which helps account for unintended effects of variations in soil, airflow, light intensity and other conditions at a site. This is accomplished by separating each trial site into multiple planting blocks or beds, and planting one of each trial rose in random order in each block. The use of established reference cultivars (currently The Knock Out® Rose and Carefree Beauty™) planted at each site aids in detecting differences in weather patterns and disease and pest pressure from year to year, and helps to ensure that award determinations are as unbiased, consistent and scientifically based as possible.

It is difficult to find a rose, or any plant, that excels in all climates. Therefore, regional trialing and regionally determined awards are crucial in helping people identify well-adapted cultivars for their local area. Temperature and moisture are the two most critical factors that determine climate. Unfortunately, delineating regions based on the combination of these two factors does not result in a U.S. map split into clean-cut lines. A.R.T.S.®uses the Kppen Climatic Classification System to distinguish regions, a system that is well-recognized by ecologists. The organization’s website does a great job of helping people better understand the regionality of the program.
Read more: Keeping Roses Clean

Most of the trial sites are open to the public and are hosted by botanical gardens, municipal parks and universities. Trial site partners believe in the mission of A.R.T.S.®and have a passion to be regional leaders in environmental rose horticulture. Every A.R.T.S.® planting is maintained and evaluated over a two-year period. Some gardens stagger and host a new trial each year with one set of roses in year one of evaluation and another in year two. Gardens with limited space are paired with another trial site in their region and work together, with each partner hosting a new planting every other year. There are opportunities for additional gardens and volunteers to participate and thereby accommodate gardens that need to take a season off periodically for renovations or other reasons. The hope is to grow the program to the point that two gardens will be hosting the same A.R.T.S.® trial in each climatic region each year.

In essence, the Köppen system classifies the world’s climates, identifying five major climate types based on the annual and monthly averages of temperature and precipitation. Each is designated by a capital letter, thus:

Awards are determined on a regional basis considering each trial rose’s overall performance across the two growing seasons and its performance relative to the reference cultivars. Because awards are based solely on performance, there is no limitation for how many or few roses can win each year. For each region that a trial rose demonstrates superior performance, it receives the A.R.T.S.®Local Artist award.

A.R.T.S.® is excited to serve as the new premier U.S. rose awards program representing and serving multiple horticulture stakeholder groups for garden and landscape roses. With the solid evaluation protocol and data determining regional awards, the outcome is that consumers are highly likely to be successful with A.R.T.S.® award-winning roses for their region when plants are given basic care. Rose breeders and nurseries especially are getting behind A.R.T.S.® and are eager to enter their roses; in fact, seven nurseries submitted entries for the 2017/18 trials.
We predict these seven 2018 winning roses will mark the start of a new and enduring American legacy for rose horticulture.

The Peachy Knock Out Rose (‘RADgor’) is a semi-double, peachy pink shrub rose with a mounded plant habit. Bred by William Radler and introduced by Star Roses and Plants. 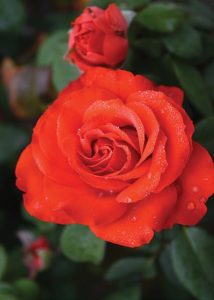 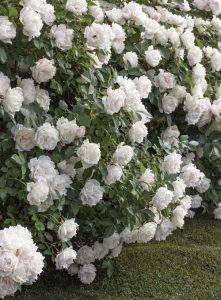 Icecap™ (‘MEIradena’) is a double-white shrub rose with a mounded plant habit. Bred by Meilland International and William Radler and introduced by Star Roses and Plants. 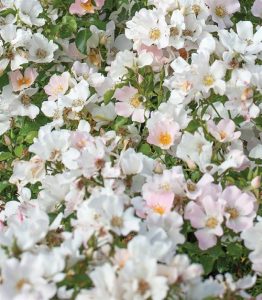 Look-A-Likes® Apple Dapple (‘MEIplumty’) is a spreading shrub rose with blush-pink, single blooms. (Won in regions: CFA and DFB) Bred by Meilland International and introduced by Star Roses and Plants. 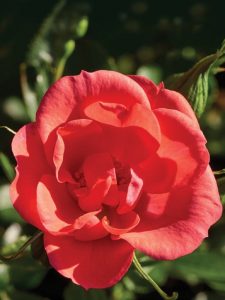