NEW NATIONAL INITIATIVE TO PRESERVE THE FUTURE OF HORTICULTURE 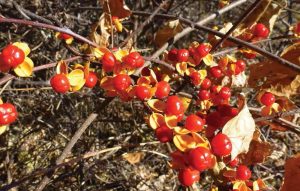 The vivid fruit of Celastrus orbiculatus (Oriental bittersweet) made this invader a popular choice for floral arrangements. Photo courtesy of Minnesota Department of Agriculture

Longwood Gardens and the American Society for Horticultural Science (ASHS) announced the launch of the Seed Your Future initiative, a multi-year effort to combat declining awareness of horticulture among U.S. audiences and promote horticulture as a vital and viable career path for the nation’s youth.

More than 150 partner organizations, including leaders in horticultural industries, horticultural associations, public gardens, public agencies, K–12 and higher education have already signed on to the initiative which aims to preserve the future of this increasingly at-risk field.

“At the intersection of science and art, horticulture is one of those fields whose value to society is not fully appreciated” said Paul B. Redman, executive director of Longwood Gardens and co-chair of the Seed Your Future initiative. “Enrollment in horticulture programs has declined dramatically at a time when the need for graduates of these programs is more important than ever. As an industry, it’s imperative that we take action now to change the tide and shore up the next generation of leaders in this invaluable field.”

Horticulture, which encompasses everything from the production of fruits and vegetables that we eat to the design of ornate gardens and floral arrangements that we admire, is at risk of becoming insignificant – even non-existent – in the minds of future generations. In a recent survey, only 48 percent of adults aged 18 to 34 said they are familiar with horticulture, as compared with 65 percent of older adults. And, while the majority of respondents view horticulture as essential to food, water and the environment, only 26 percent strongly agree that horticulture is a diverse area of study that will lead to a fulfilling and respected career.

Still in its infancy, the Seed Your Future initiative involves a multi-phased, multi-year approach to tackling these challenges and is actively seeking additional industry involvement to advance its efforts to educate the general public – in particular educating students across middle school, high school and college, and their parents – about the diverse and critical roles horticulture professionals play in our daily lives. Targeted to launch publicly in 2017, the broader campaign will be rolled out across a five-year period.

To date more than $750,000 of the initiative’s goal of $10 million has been raised through the generosity of individual donors, organizations, universities, corporations and foundations. These donations have allowed for the completion of initial audience research and the development of the Seed Your Future website, promotional video and other collateral materials. Active development efforts are underway to continue to carry the initiative forward.

“There have never been so many opportunities to join the field of horticulture as there are today, yet awareness of these opportunities is at an all-time low,” said Anna Ball, president and CEO of Ball Horticultural Company. “Seed Your Future will be the force we need to bring our industry back into balance, introduce young people to fulfilling careers and make sure horticulture – and the millions of people who depend on it – thrives well into the future.”

According to a 2015 employment outlook report from USDA’s National Institute of Food and Agriculture (NIFA) and Purdue University, a total of 35,400 U.S. students graduate each year with a bachelor’s degree or higher in agriculture-related fields – 22,500 short of the 59,700 industry job openings available annually.