MAKE UP YOUR MIND 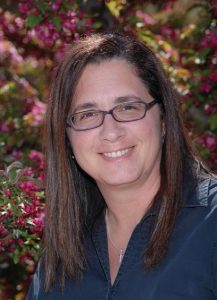 When it comes to your ability to react, are you a tugboat that doesn’t do anything until prodded, a speedboat that reacts quickly, or a steamship that takes forever to come around?

Decisions, decision, decisions. Some days it can feel like you’re being attacked from all angles. But if you waffle – not choosing to go left or right, or to say yes or no – you’re still making a decision: Your choice is indecision. So if you’re standing in the middle of the road and you can’t decide which side of the street to cross over to, don’t be surprised when you get run over by that bus.

The Jewish philosopher Maimonides said, “The risk of a wrong decision is preferable to the terror of indecision.” And one quality that successful business people have in common is decisiveness. Not being able to make a decision is a liability that can directly affect the bottom line. Is your business so stable that you can afford to take an economic hit each time you fail to make a decision?

When you do make up your mind, you need to relish your successes – but don’t rest upon your laurels. More importantly, however, you need to acknowledge your failures. Certainly one needs to own his or her mistakes and not take the cowardly way out by blaming others. You need to learn from your missteps. Winston Churchill once said, “Success is not final, failure is not fatal: it is the courage to continue that counts.”

I tend to make decisions quickly, one way or the other, based on my gut instinct. However, I can look back on my career and remember the exact times I neglected to make a decision when it was necessary. Unfortunately the decisions that needed to be made were critical to the future of my business, but I waffled. They were hard decisions, but ones that potentially could have had a more positive affect on the final outcome. I learned the hard way what Pablo Picasso said: “Action is the foundational key to all success.”

In business, it’s better to be proactive instead of reactive. But because we dance with the devil better known as Mother Nature, we have no alternative but to react, and react quickly, when she tosses a challenge our way.

When it comes to your ability to react, are you a tugboat that doesn’t do anything until prodded, a speedboat that reacts quickly, or a steamship that takes forever to come around? No matter how you cut it, the fact of the matter is that the majority of our business is done in the spring. And we have only so many weeks to do it in. If you can’t adjust quickly to changing circumstances, well, as they say, once the water has gone over the dam, you can’t push it back the other direction. What’s done is done and trying to make up those lost sales, overspending on production supplies or inventory, excess labor costs – whatever – is twice as hard in the remaining down time of the year.

One way to compensate for the unexpected is to go into spring having your act together. It’s that dreaded four letter word: plan. I’ve said it once and I’ll say it again: “Fail to plan and plan to fail.”

I used to beat myself up all the time over what I coulda/shoulda/woulda done, but didn’t. Boy, talk about getting nowhere fast! You can’t dwell on the past because you can’t change it. Just like history though, you need to be sure you learn from it and don’t repeat it.

In my own experience, I found that once I let go of the past, only then could I truly move forward. And with that realization, I found I viewed new professional challenges as even greater opportunities. I’d like to believe what David Brinkley said, “A successful man [or in my case woman] is one who can lay a firm foundation with the bricks others have thrown at him.”

I’m wondering if life is like the story of the Three Little Pigs: Some of us build our business out of straw, others use twigs and still others use bricks. If we’re smart, though, we’ve thought ahead, drawn up a blueprint, consulted colleagues and have a structure that can withstand the strong winds of the Big Bad Wolf.

I don’t know about you, but I’m betting on bricks.

Maria Zampini is the president of UpShoot LLC. Her company’s focus is “living, sharing and supporting horticulture” through new plant introduction representation including LCN Selections. She can be reached at [email protected], and her website is www.upshoothort.com.