Controlling Invasive Plants: Are We There Yet? 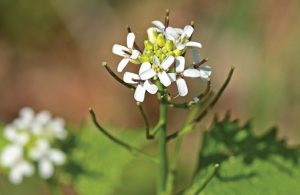 The challenge of controlling invasive plants is an ongoing one, and if anyone thinks there’s one simple answer, I’ve got a classic Edsel to sell you.

Over the past couple of decades, this industry has done a superb job fighting the introduction of invasive species and working to control and eliminate those invaders that have already taken root. We’ve been on the front line to provide science-based education. The gardening public is better informed, and legislators are better informed.

But I’m sure we can well-remember the nightmares of slapped-together regs prohibiting the sale of plants for which well-intentioned but ill-informed public interest groups lobbied, and won. Many of these laws and prohibitions were enacted without input from the industry and were based on a poorly defined understanding of “invasive.” And when I use the term “well-intentioned,” I’m certain that I’m ruffling some feathers; often these groups were seen as rabid, wild-eyed environmental activists who had it in for the nursery industry, blaming growers for the looming destruction of this precious planet. And some of them were.

Many, however, were simply concerned citizens who didn’t read beyond the headlines and assumed that the industry was lazy at best, irresponsible at worst. Sometimes they’d listen to reason. Sometimes it got ugly. Science usually won the argument over emotion, but it was always – virtually without exception – a tough argument.

We all know the struggle’s not over. Granted, improvements in Federal legislation as well as regulations on the local level have made better sense of the process by which we determine which plants can join us and which must be rejected. Things are better, to be sure. But we cannot become complacent. So I’ve decided to resurrect an article we published 20 years ago; an article that urged the industry to take charge. It was written by Dr. Sarah Reichard and Dr. Faith Campbell, and it caused quite a stir when it appeared in our July 1, 1996, issue.

Much of the information is dated, it’s true. But it’s revisited here verbatim for a couple of reasons. One, let’s take a look back at where we were. And two, let’s take stock of how far we’ve come, and perhaps start the dialogue anew.

You may have heard that we lost Sarah Reichard at the end of August. It’s a good time to read her words again.

What an oddly opportune time to mention that we’re gearing up for our annual New Plant Introductions issue. Yes, we’re approaching that most wonderful time of the year, at least in these offices, when we sort through the information on new woodies and herbaceous perennials submitted by growers and breeders across the country. So I’ll take this space to remind you that we’re looking for your best, most promising and least-likely-to-pose-a-threat plants for inclusion in this year-end issue.

The ground rules haven’t changed much, but they bear repeating. Please be sure that the plants you submit for inclusion are new to the market, and that you and/or your company have the rights to them. What does that mean? If someone else has introduced the plant and it’s simply new to your inventory, it doesn’t count. But if you bred the plant, or discovered it and are responsible for its intro to market, then we want to share the info! The downloadable form is easy to complete, and don’t forget that spectacular, high-res photo.