In March I had the distinct honor of being asked to speak at the “Chicks in Horticulture” brunch.

The event was hosted in March by the Long Island Chapter of the New York Nursery and Landscape Association and, believe it or not, it was my first trip to that part of New York! Last year’s speaker was Anna Ball, so when they asked me, I thought that those are some big shoes to fill! Of course I was able to tie in visits to HGTV HOME Plant Collection partners Kirk Weiss Greenhouses and Martin Viette Nursery, both located on Long Island. When I think of what I saw at both businesses, all I can say is “wow!” Very impressive, to say the least.

Anyway, whether I’m a speaker or an attendee, I try to take away at least one thing from an event. I can only hope I gave as much as I received at the “Chicks in Hort,” as it was an eye-opener for me. I found the vibe at this gathering to be uniquely positive. Each of us was asked to stand and share our name, company and what we do. I was amazed at the diversity: landscapers, arborists, extension, designers, salespeople, authors and more. I’ve got to say this was no hen party! There was an overwhelming air of support for one another unlike any I’ve experience before.

I found it interesting that several ladies stood and said, “I’m just the bookkeeper, accountant or secretary.” I’d like to acknowledge those companies, like East Coast Nurseries for example, who invited those working behind the scenes to attend. It is important for those ladies to be acknowledged for the very important role they play on a daily basis. And broadening their professional horizons can only help strengthen a business.

The event also connected me with two inspirational women. There I met Melissa Priois Daniels, owner of Plant 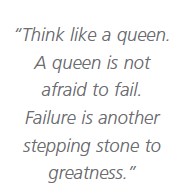 Connection Inc. and president of the Long Island Chapter of the NYSNLA, who reinvented a traditional wholesale nursery to become a leading grower and designer in the world of GroWalls and GroRoofs in the United States. Next was June Croon, President of The Plantage Inc. June’s sister Lois was the original founder of this perennial-based company. Sadly Lois passed from breast cancer in 1997. June stepped to the plate, however, to continue Lois’s vision and even expand upon it.

Have you ever noticed how many times things happen in threes? Well, at the same time as “Chicks in Horticulture,” two other “girl power” projects occurred simultaneously.

First off, two energetic young ladies, Brienne Gluvna Arthur of Camellia Forest Nursery in North Carolina and Katie Ketelsen, on-line editor for invited me to join the Facebook group “Green Women Unite.” So far this group has proved to be extremely positive, encouraging, supportive and full of ideas. I’m glad these two “chicks” are in my life, as I think they’re going to help keep me feeling young and inspired while helping push the envelope!

Secondly, the Foolproof Plants app highlighting some of the best options for ornamental plants that stay a manageable size was launched on both iTunes and Google Play. The production of this app was spearheaded by Susan Morrison, author of Blue Planet Garden Blog and co-author of Garden Up! Susan collaborated with four female co-authors to profile plants appropriate for each hardiness zone; these include Katie Elzer-Peters (Zone 7), Jenny Peterson (Zone 8), Genevieve Schmidt (Zone 9) and last but not least, me profiling plants for Zones 5 and 6.

While the number of women in our industry has certainly increased since I graduated from college, I do question the lack of females serving in leadership positions both in businesses and in industry associations. Quite often I’m the only woman at a male-dominated table, where the discussion revolves around what consumers want. I find it somewhat amusing that our target demographic is predominantly female, yet from where I sit, I think there are not nearly enough women being consulted in the decision-making process of the business equation. Hmmm … interesting, yes?

“Think like a queen. A queen is not afraid to fail. Failure is another stepping stone to greatness.”

As far as trade associations are concerned, in its 135-year history, the American Nursery and Landscape Association has had one female president: Joanne Kostecky. Since its inception in 1929, OFA has also had one female president: Kathy Benken. From 1908 until now there has been one female president of the Ohio Nursery and Landscape Association: me! Quoting B.R. Ambedkar, the most prominent Indian politician besides Mahatma Gandhi, “I measure the progress of a community by the degree of progress which women have achieved.” I ask what does this lack of female leadership say, if anything, about our industry?

In closing, I’d like to thank the editor of American Nurseryman Sally Benson. Without her, I’m quite sure my second career path would not have occurred – nor have been quite as successful. To the visionary gentlemen I’ve encountered in my career who saw me not as a woman or an adversary but as an ally, thank you for the opportunity to work alongside you and prove my worth. To all the women in hort, I’d like to say keep doing what you’re doing. Listen to what Oprah Winfrey once said: “Think like a queen. A queen is not afraid to fail. Failure is another stepping stone to greatness.”

Maria Zampini is the president of UpShoot LLC. Her company’s focus is “living, sharing and supporting horticulture” through new plant introduction representation including LCN Selections. She can be reached at [email protected]