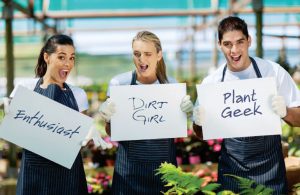 At any point in time, our population is composed of several generations – living together, working together, moving society forward and fighting like cats and dogs. Looking back through history, however, it’s easy to see that this century is unique: Never before have so many representatives of so many generations coexisted.

As has been the case for centuries, each consecutive generation tends to confound the one that came before. We’re left scratching our heads, wondering what happened and why these kids don’t think and act the way we do. Their point of view – their worldview – is quite different. Their habits don’t mirror ours. Their demands reflect what we perceive to be different values.

But are they really so disparate? Yes. No. Maybe? Take the Millennials, the group of young adults who now compose the largest, most diverse generation in the U.S. Their education and their understanding of the world have been shaped by technology that simply didn’t exist for previous generations. According to research conducted by the President’s Council of Economic Advisors, as well as Pew Research, Gallup polls and far too many studies to list here, members of this generation – in general – tend to value community, family and creativity in their work. Despite the embrace of “family,” however, they tend to marry later than those in previous generations, and they’re putting off home ownership longer than their Gen Y, Gen X and Baby Boomer relatives.

All of this presents a challenge to the green industry, and the rise of the Millennial Generation comes at a time when we’re reevaluating our business protocols following the Great Recession. While it may not represent a seismic shift in the industry, it’s time to shift perspectives and discover the best ways to reach a changing client and customer base.

Enter SHIFT, the research initiative launched this year through the joint efforts of AmericanHort and the Horticultural Research Institute. It’s a multiyear project tasked with the goal of determining who this generation is, what they want, and how we need to shift our business mindsets and practices in order to capitalize on the opportunities presented by changing consumer demographics and behaviors. It’s a tall order, but it’s a necessary step. This is a huge population of consumers whose shopping and lifestyle habits are very different from what we’re used to addressing.

Field research began in 2014 and enlisted students in the MindMarket program at the Columbus College of Art and Design. Beginning with the question, “What if … ?” researchers dug deep into the industry’s current business models, utilizing a process called “design thinking,” which employs typical design practices and merges them with business strategies – which is to say, paying close attention to the end users on the front end, and designing for them. As one student researcher so aptly put it, “The benefit of our research is that we did qualitative research instead of quantitive. A lot of times, people with a business background and a business way of thinking about things are very hard-core about the numbers. The benefit of approaching it from design thinking and a qualitative standpoint is that it opens you up to being able to get in there and experience what the customers experience.” 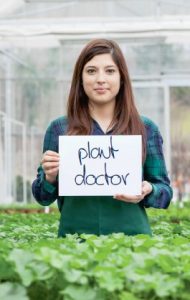 Researchers spanned the country to partake in the garden center experience in all regions, determining what worked and what didn’t. Sort of like a secret shopper? Maybe. Once they gathered ideas, they developed “design maps,” which basically serve as suggestions and recommendations to retailers about how to improve the experience – from the young shopper’s point of view. What’s confusing? What’s daunting? What’s boring?

What works? It’s a fresh new perspective that connects the retailer with the purchaser – and from there, the rest of the industry benefits from these insights. The program began with a concentration on retail, but it was soon realized that each segment can and should be addressed.

In a nutshell, “design thinking” is solution-focused exploration. Rather than begin with a negative, a problem – say, “we’re slow to recover from a recession and we’re concerned about where we go from here” – it begins with the ultimate goal in mind: How do we attract new customers? How do we express the value of plants in the new customers’ language?

Much of this initial work – remember, this project will span several years – was revealed at Cultivate’15 in Columbus in July, where graphic presentations were offered to help industry professionals become attuned to the rising tide of new consumers. For example, researchers suggested that language, including industry specific lingo, often can be intimidating. To many, “gardening” means work. And newer consumers are drawn to ultimate value rather than what goes on behind the scenes, so rather than discussing “weeding,” they respond to the results. It’s “spring cleaning,” it’s a “facelift,” it’s anger management therapy. (Haven’t we all been there?)

Visitors were encouraged to offer alternatives to the title, “gardener,” and among the typical suggestions of plant geek, plant nerd and landscape designer were “outdoor living specialist,” “eco-tarian” and “horticultural astronaut.”

The research continues, with the goal being to provide industry professionals new ways to shift their thinking and, ultimately, to adapt new business models to become more successful in reaching the newer generations who expect something different from the status quo.

They say you can’t teach an old dog new tricks, but you can certainly learn to adapt your business when the research shows what works.

More information can be found at the AmericanHort site, http://www.americanhort.org, with updates promised as the project continues.