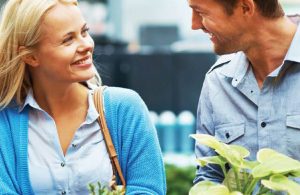 Let’s get right to the point: Gardeners are spending more these days – to the tune of a reported $36.1 billion (with a b) in 2015. That’s what the National Gardening Market Research Company (NGMRC) tells us, and we should take heed. The NGMRC once was part of the National Gardening Association (NGA), which took great pains to produce a thorough and exhaustive survey of gardeners in the U.S. With long-time industry analyst Bruce Butterfield in the lead, as he was at the NGA, we expect that the NGMRC is doing the same.

According to the 250-page National Gardening Survey report, released in May, the 2015 figure brought us up from the five-year low in 2014, reported to be $314 billion. Compared to that year’s $317 per household spending, 2015 saw average household spending on back yard or balcony gardening goods ringing in at $401.

Butterfield says, “Participation in gardening did not decline much during the economic downturn. People have been participating in gardening all along, but they weren’t spending as much in recent years.” Good to know. Seriously: They may not have been spending much, but their devotion didn’t seem to waver. When times improved, spending improved.

Butterfield adds, “These results are encouraging. Not only did DIY gardening have 6 million more customers, they spent more, too.”

The NGMRC reports that an estimated 90 million households were involved in gardening activities last year. That includes DIY lawn and gardening both inside and out. For a little perspective, consider that figure accounts for about three-quarters of all U.S. households. Seventy-five percent. Yikes.

The survey also reveals that the highest spending was among Baby Boomers – no surprise here, despite the fact that other demographers claim Boomers are moving back into urban areas in record numbers. (Depends upon which study you read.) Anyway, Boomers historically have embraced gardening like no other generation. Other avid gardening groups included married households, college graduates and those families with annual incomes over $75,000.

What’s really eye-catching, though, is the emergence of “new” gardeners. As the NGMRC states, “The most important market force was 18 to 34 year olds. Five million of the six million ‘new’ gardening households were Millennials.” This is good news for all, and it’s something that’s at the heart of AmericanHort’s SHIFT program, which seeks to take a deep-dive look into the future of the industry. (You can find more on SHIFT by visiting http://www.americanhort.org, then click “Events and Programs.”)

It looks like the foodie trend is continuing, with a little more than one in three households planting edibles, followed closely by those who planted flowers. The report states that households spent an estimated $3.6 billion growing vegetables, fruit, berries and herbs, and $2.7 billion on flower gardening.

The full National Gardening Survey report can be purchased at http://gardenresearch.com/national-gardening-survey-2016-edition/. It’s not cheap, but it’s a remarkable marketing tool. Analyses by Butterfield and by retail advisor Ian Baldwin are included.