Dealing with the reality while battling sound bites 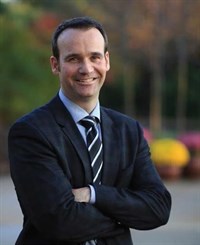 There has been flurry of media reports in the last year or so describing the plight of honeybees and the potential collapse of their role in pollinating many of our fruit and vegetable crops (nearly one-third of our food supply). While the challenges beekeepers face are very real and greater than in years past, the suggestion that managed bees are at the brink is not accurate. According to the USDA’s National Agricultural Statistics Service (NASS), the number of managed hives in 2013 – 2.64 million—is higher than at any point since 1999. The NASS reports that there were 2.63 million managed hives in 2000.

The numbers suggest that the pollination services provided by managed honeybees in the U.S. are not at imminent or even long-term risk. However, there is a recognition that beekeepers have had to work a lot harder to maintain and/or grow their colony numbers. Every year, a certain percentage of honeybee colonies die due to the stresses of winter.

Historically, it is generally accepted that overwintering losses in the U.S. range somewhere between 10 to 15 percent. However, in recent years average losses are often double historic norms. Since the winter of 2006/07, when NASS first started collecting overwintering loss data, colony losses have averaged between 22 to 36 percent. The burden of maintaining colony numbers has fallen on beekeepers, which are typically small, family-run businesses, and not well-positioned to invest and recover from significant losses. Beekeeping is vital to our agricultural system, and as a partner in agriculture, it is important that we help them find solutions to the complex challenges they face.

What are the issues causing the increased risks to bee health and managing honeybee colonies?

In 2012, the USDA issued a comprehensive stakeholder conference report on the state of honeybees. It concluded that no one factor could be identified as the cause for the increase of overwintering losses, although the varroa mite, first discovered in the U.S. in 1987, was cited as the “the single most detrimental pest of honeybees, and is closely associated with overwintering colony declines.”

In addition to varroa, the report included bee health detractors such as viral, bacterial and fungal pathogens, loss of habitat and forage, stress of colony transportation for pollination services, and pesticides all playing a role. These findings were reinforced in subsequent government reports from the United Kingdom in 2013 and Australia in 2014.

Why the focus on pesticides?

Identifying a single actor in a crime is always a more compelling and an easier story to tell than a robust description of a broad range of factors interacting to negatively influence an outcome. In addition, there are a number of groups focused on a zero-tolerance agenda for pesticides. So directly linking the pesticides to bee health concerns makes for a convenient and powerful message. However, the comprehensive reports mentioned above, along with a bevy of studies, confirm that the story isn’t nearly that simple.

But ignoring any potential role of pesticides in the bee health challenges faced by beekeepers wouldn’t be accurate or scientifically valid, either. Like most situations, there is more to the story, and as an industry, we need to identify the appropriate role we can play in helping relieve some of the bee health concerns while responsibly growing and selling high quality plant material.

Why do we use neonicotinoid insecticides?

Neonicotinoid insecticides, such as clothianidin and imidacloprid, are important tools in defending trees, shrubs and plants against destructive invasive species like the Japanese beetle, hemlock woolly adelgid, emerald ash borer and Asian longhorned beetle. In some cases, neonicotinoids are approved regulatory treatments for certification and interstate movement of nursery and greenhouse crops. In others, they are critical to managing the development of pesticide resistance to other treatment options; this is especially true for whiteflies.

When neonicotinoids are used as described on the EPA-approved label, as is required by law, they are shown to have reduced impact on nontarget insects, making them vital to the success of integrated pest management programs. They also represent a significant environmental improvement over older chemistries. In addition, they show longer residual control of insects, which means fewer applications and less applicant exposure. We also know that their chemical composition makes them significantly less toxic to animals and humans when compared to many other pesticide options.

In essence, neonicotinoids are important and safe tools when used as directed on the EPA-approved label. However, we’ve got to find ways to be more thoughtful about when and how we use them.

What can the horticulture industry do to improve the circumstances surrounding pollinator health?

As mentioned above, there are many factors negatively impacting bee health and some, like varroa mite, are outside our sphere of influence. However, there are a few areas where we can be part of the solution, specifically, with forage, habitat and pesticide use.

That is why AmericanHort and the Horticultural Research Institute, in collaboration with the Society of American Florists, have begun an initiative to tackle bee health concerns. The effort has three primary components.

2. Fund research that will help us answer key science questions that support the development of practices for the stewardship program.

3. Spreading the word to our horticulture industry communities and our customers how the program has a positive impact on pollinators and still allows us to mitigate the spread of invasive pests that threaten our natural environment.

We will be identifying ways some growers can do more on their properties to encourage the growth of pollinator food sources and leave those plants and areas untreated. In addition, we are looking to partner with groups interested in pollinator conservation and working with them to support their goals of expanding habitat in areas where forage is scarce for pollinators.

There are some crops we grow and sell to consumers that we know to be of great value to pollinators, and we need to identify practices that confirm that systemic insecticide concentrations within pollen and nectar of those plants is sufficiently low as to pose no risk to the bees that visit them in the landscape.

A task force, made up of horticultural professionals and backstopped by academic scientists, has been given the role of developing the stewardship practices, with the recognition that approaches may need to be altered based on new research. Whatever is developed and launched in the weeks ahead will be version 1.0, and it will be altered and adapted based on new findings. Why? Because the horticulture industry will go where the science takes us.

Joe Bischoff is Regulatory and Legislative Affairs Director for AmericanHort. He can be reached at [email protected]